Time flies when your having fun!

Ok, Who stole June? Can't believe it's almost July! And I'm sitting outside in the mist, the other side of the Tay has vanished, really hoping the weather gets better for the weekend, having a party on Saturday in the garden! (Fingers crossed!!) Just having a wee reflection on what I've done this month and I suppose quite a lot has been done when I look back. I was in Castle Sween at the start of the month, it was heaven! I was sooo chillaxed! Haze and I painted some stones with red enamel paint and left them on the beach, hoping to see where the tide would take them but it was so calm.... and peaceful....... and still.... ahhhh.... that they didn't move, just sat there in the sun enjoying the water lap over them. 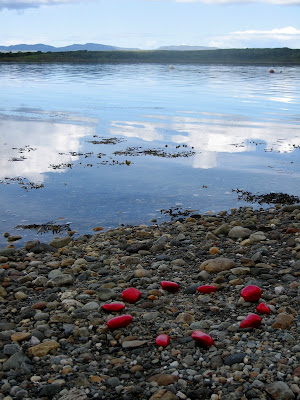 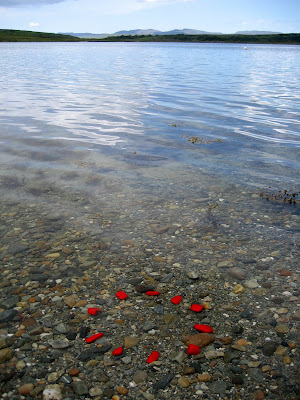 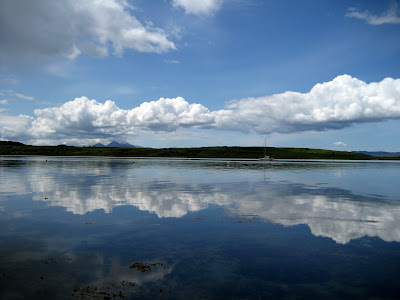 I wonder where they are now?

Then there was a bit of a mad week finishing wedding rings, going to the wedding with the rings (they fitted hooray!) and visiting Edinburgh and Glasgow Degree Shows to pursued the new graduates to join the Association for Contemporary Jewellery. Oh and saw these amazing bags at Edinburgh made by Sophie Turnell. 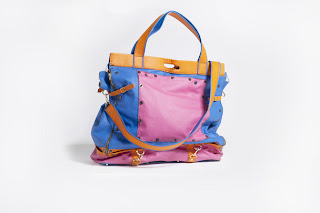 The Association for Contemporary Jewellery is an organsation set up to help promote and encourage contemporary jewellery and I have just started helping Genna Delany co-ordinate the Scottish group which is exciting! We had a meeting Dundee with some other members at the start of the month which went well and was encouraging to find out that so many people were on the same wave length. Working away on your own a a maker gets quite lonely and it's easy to forget how many of you are out there doing the same thing. So we have agreed that meeting reguarly and staying in contact more is the most helpful thing for us at the moment, a place to ask questions, get feedback on new designs and try out new ideas.

Then I was off to Barcelona for the Sonar music festival (amazing fun!) and to check how they were getting along building that church. I think they've started a new tower since last year! 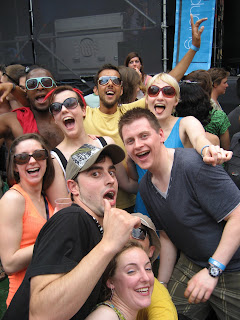 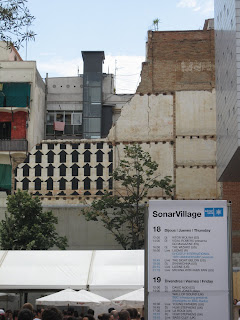 Somewhere between all that I finished some commissioned Kilt Pins. Here they are! 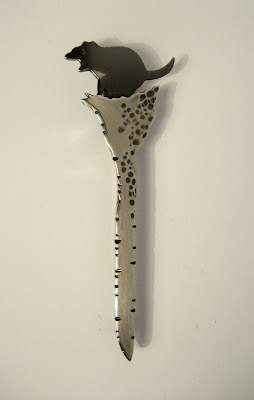 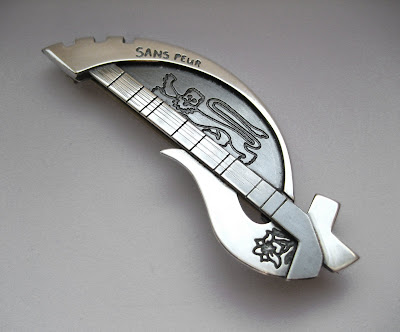 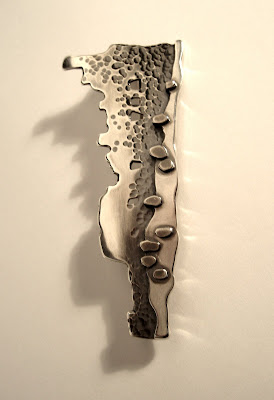 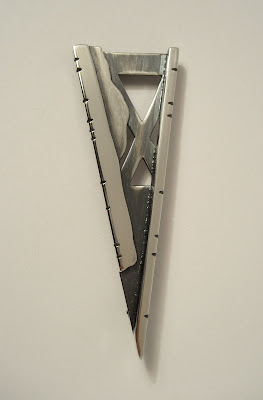 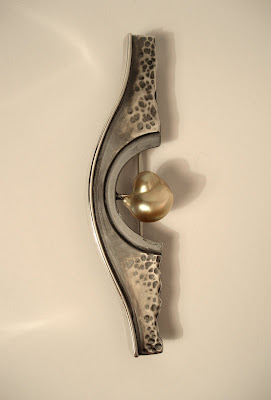 At the weekend I was in Ireland for the British Pipe Band Champs, we didn't play our 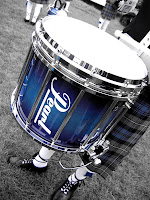 best, I think everyone made their own mistakes which was a shame but we made up for it by having a brilliant two nights staying in Ulster University Halls, drinking in Belfast and eating chips (and a bit more drinking!) on the ferrys!

And now I'm just trying to get organised again! I think my work is now on top of and planned out for the next wee while but my clothes and belongings are all over the place! You see my room is very small and I have a sort of office/drawing space in another room and I use the spare room to pack stuff and is where I keep all my band uniforms so everything is spread out over three rooms! So that's tonights task!

Adios!
Posted by Islay Spalding at 22:04 No comments:

My riveting hammer broke :( I just opened my drawer and there it was, all broken and sad, I don't know how it happened! Maybe it just got fed up banging? 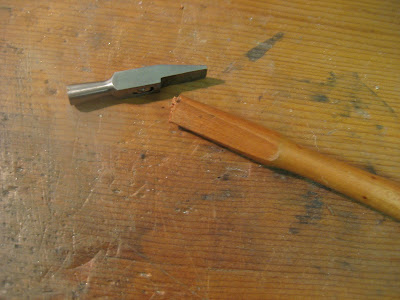 So I'm just waiting on the postman coming with a new one! I use a rivet to attach the pin onto my Kilt Pins and this little hammer is used to tap down the ends to hold it in place. I have quite a few Kilt Pins on the go just now and some interesting designs, here's one I finished recently. This was designed for someone in the Scouts, I was asked to include the fleur-de-lis emblem with initials, some rope and a thistle. 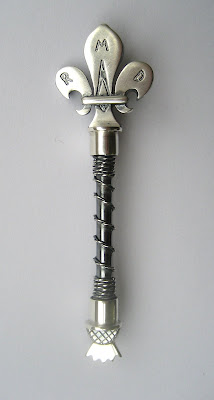 I am also working on a garden sculpture just now. It's going quite slow at the moment because I'm having to learn new techniques, although it's not huge it is quite a difference when I'm used to working micro! The sculpture is to look like a french onion plant, made from copper with moulded resin flowers and a concrete base. I want the base to be patterned as it will be half buried in the earth and I want the earth to fall into all the lower areas to bring out the pattern. I'm not sure whether to go with something quite rough and textured or whether to make it a really sharp clean pattern. I've done a few samples of a rough texture, they look ok although my concrete mix wasn't brilliant! I'm going to get this drawing, inspired by the plant, laser but from mounting board to make some moulds and try out this design. 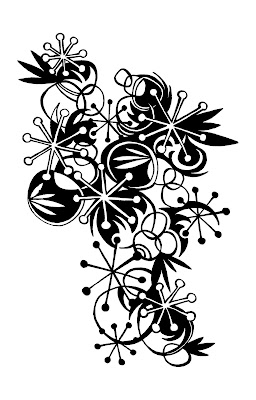 Going to the caravan tomorrow! Soooo excited, the weathers looking not to bad either!
Posted by Islay Spalding at 12:20 No comments: